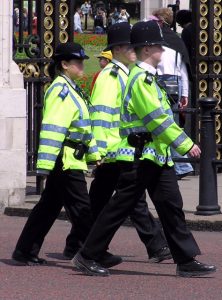 “Digital forensic capability and capacity is not keeping up with demand… variation in the extent to which forces have backlogs in digital examinations… the Police service is still learning how to make best use of digital engagement… We have seen a greater range of problems and weaknesses in crime investigation and offender management than last year, including the ability to retrieve digital evidence from digital devices such as mobile phones and laptops.”

The words aren’t mine. They’re from Her Majesty’s Inspectorate of Constabulary, which in March published a hard-hitting probe into how behind too many regional Forces actually are.

Two of the biggest problems the HMIC identified in delivering PEEL, (Police Effectiveness, Efficiency and Legitimacy): insufficient internal capacity or capability (skills) stopping teams getting to grips with digital investigative opportunity. It’s not just skills, it’s a lack of resource and efficient processes; the Inspectorate says that there were no less than 16,000 digital devices (mobile phones or laptops) awaiting examination for live cases. Thankfully, the majority, 75% of them had been sitting on shelves for less than three months – but 5% had been languishing for over 12.

The report gives credit where credit is due, saying that management knows this backlog is harmful, and is trying to throw overtime and outsourcing at the problem. But the report says this is unsustainable long term, and a better approach would be to embrace new technologies in order to create new workflows to stop these blockages building up.

“Most forces have not yet explored fully the use of new and emerging techniques and analysis to direct operational activity at a local level,” the report states.

“Innovative analytical techniques should be used to help the service make decisions about where to target resources,” it goes on.

Action has to be taken – and now

The problem is that this isn’t the first time we’re going to hear this advice – nor probably the last.

Only last November, ACPO and the National Police Chiefs’ Council issued an imaginative set of proposals, Policing Vision 2025, which said staff skills would be boosted, digital evidence shared more effectively and there should be more digital recording and analysis of online crime, delivered through better sharing of back office resources, integration/consolidation of systems and improved analytical capabilities of team members.

The message of both the HMIC and Policing Vision 2025 studies is that the service knows that digital is here, knows that there’s pressure to do something about it – but that hard-pressed Chief Inspectors need some practical help to move forward.

We’ve been hearing this message from our many Force users. Which is why we’ve been working to help.

You’ll be aware that we’ve been making headway on integrated tools to help Police transition to the new era of fully Digital Justice with our Evidence Management platform.

If any of the problems identified by the Inspectorate are true for your Force, our team are ready today to help bridge the gap from where you are now to the kind of digital Policing stakeholders and the public want.