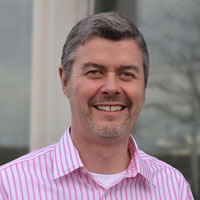 Mark Winstone, Sales and Marketing Director at SynApps Solutions, the content management solutions specialist, looks at how technology is helping the NHS with the major challenge of photography management.

The use of photo documentation in hospitals is nothing new in areas such as wound care, for example.  A picture as they say can be worth a thousand words. Similarly, even the most experienced doctor or nurse may not be able to describe a wound with the same accuracy as an image. But with the arrival of digital photography, many in-house photography teams have had the curtain dropped on them.

SynApps has just announced an exciting new product: ConXPhoto, a new addition to its expanding Vendor Neutral Archive solution set for NHS users. The idea: make it both really simple but also totally safe and trackable for nurses to take the digital pictures of patients increasingly demanded by medical needs, but which have up until now too often been stored in haphazard, inaccessible ways.

Here, Mark Winstone, SynApps Solutions’ Sales and Marketing Director, outlines some of the reasons why the company has decided to invest in this intriguing new area of functionality. We’re hopefully not giving anything away when we say: it’s all about customer demand.

We’ve not been talking to you for a while, on this blog, about our great solution for healthcare users – the VNA (see ‘Royal’ Approval for VNA-based EPR’) based foundation we (and our growing roster of NHS customers) feel is the best approach to building the workable electronic patient records (EPRs) the NHS is crying out for.

In this, the first of two short blogs, I want to bring you up to speed on what’s happening there –not so much with the EPR directly, though that is relevant, but about how we have gone from helping one Trust with one particular problem into adding functionality we know is going to be applicable across the health service.

Let’s start the story by explaining a bit about the problem we addressed.

Time was hospitals had an internal photographic department. Its purpose was to take photographs of patients, e.g. if they had come in with particular sorts of injuries, had developed a particularly severe rash, had (unfortunately) developed a nasty bed sore and so on.

In the days of wet film, all this was done by non-clinical staff and there was structure to it – prints were included with the paper files. Times have moved on, both in terms of NHS budgets and the state of modern camera technology. Now photographs are generally taken by a nurse, typically via a £100 digital camera.

We don’t need those extra staff and it’s obviously more convenient to have those images in an electronic format. But what happens to those images? Where do they end up? Who is looking after them? Are they being routed, as a matter of course, to the hospital’s main PAS (patient administration system) or other database?

In most cases, they are going on to USBs or CD or on to the nearest laptop or desktop, or who knows where. And while the nurses are obviously doing their best to label everything correctly, they are not metadata experts – so the link to the rest of the patient information isn’t always getting properly captured.

That’s obviously a bit disorganised. The situation is a lot more worrying when you reflect that a lot of doctors and Trusts get sued: patients can end up very unhappy with their treatment, alleging poor care and malpractice. But if a legal dispute comes up and proper evidence in the form of contemporaneous images isn’t to hand, that’s going to be a problem. Now think about how you’d find a particular image for a patient internally – and then for another hospital needing to know what that skin condition looked like on the 4th of May.

It was certainly presented to us as a problem by one of our key customers, Kingston Hospital NHS Foundation Trust. Its Deputy Director IT and IT Programme Manager, Norman Harling is interested in the possibilities of VNA as an EPR foundation, but when he told us that a more immediate issue was this area of patient photography management, we started to think about how we could help him.

Now that I have set the scene as to why this NHS photography area is a live issue. In the next blog, I’ll delve into what we have specifically done for Kingston and how that has become the basis for this wider ConXPhoto product.