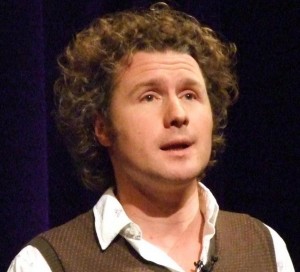 Technology is acknowledged as being crucial to the salvation of the NHS – a fact acknowledged by NHS England’s leadership, most recently in its 2014-15 Annual Report, where it is stated that better use of data and technology has the power to “improve choice and outcomes for patients, allow them to take more control, reduce the burden on front-line staff, increase accountability and support the NHS as an engine of science and economic growth”.

It’s regrettable, then, that we are still hitting NHS technology roadblocks. I refer to the General Practice Extraction Service (GPES), whose cost rose from £14m to over £40m with only NHS England so far able to use it.

However, it’s less useful to criticise this particular project than it is to look for new ways of doing Health IT better.

An important clue in the discussion of GPES was there. Listen to well-known, medical sector commentator Ben Goldacre, who posted this statement on the GPES row: “[This is why] we need open APIs, open data, open source, shared mapping ontologies &c to permit innovation AND inter-operability”.

Why are people like Goldacre talking about open data and open APIs? A growing number of NHS Health IT experts – including NHS England itself, as well as commentators like Goldacre – see incredible potential in de-risking IT projects by accessing the power and scope of a wider, supportive Open Source community.

‘All kind of vendor tricks’

Those are important stakeholders to get behind Open Source. Much more important ones are actual practitioners – front-line NHS IT leaders who are using Open Source. We have worked with many, as our Clinical Content Store has an Open Source option.

Take just one example – an Integrated Care Trust in the North of England whose CIO told an audience of NHS health leaders and other HIT (Health IT) stakeholders recently why she was so attracted to the idea: “The entire marketplace that comes through our door is the commercialised EPRs – the big American vendors, trying to get our time and trying to sell us the big Americanised products. They do have a lot of ‘pulling power’ and work very hard to get you to buy their products,” she says.

The problem is, the situation is much more complicated at the coalface – and she needs more flexibility and a wider range of options to deal with the reality she sees than is on offer, basically. “We have got about 300 systems in my organisation alone, because it is made up of several previous Trusts and organisations put together, so I have a whole set of systems to deal with,” she says. “And you see all kinds of tricks from vendors who don’t work in Open Systems who try to make sure you can’t get to the data. We all need in the NHS to abstract data from applications so that we don’t have that situation any more.”

She contrasts this situation with the Open Source alternative, as she sees it: “I can put my clinicians into a product community; we can help steer it – indeed, it is really up to us to make it go somewhere – It is slightly lazy always selecting a safe vendor (but knowing you’re paying over the odds for that ‘safety’) as opposed to contributing to a community where you are steering the product. I also think there are many advantages in the longer term in this kind of shared product development.”

But perhaps the single statement that shows why people from Goldacre to NHS CCIOs are right is summed up by her last remark to the audience about all this: “I just can’t tolerate vendor lock-in any more.”

Is it time to look at Open Source as a way to avoid many of the problems of older style technology delivery? I think it is. Of course, it’s not a silver bullet and won’t solve all your problems overnight – this is real life, after all.

But to get to the kind of NHS Simon Stevens envisages, I suspect Open Source is going to play a much bigger part than any of us can imagine right now. What do you think?